﻿The retinal pigment epithelium (RPE) is the pigmented cell layer located just outside the retina and is attached to what is called the choroid, a layer filled with blood vessels that nourish the retina. The RPE closely interacts with photoreceptors in the maintenance of visual function. The RPE is composed of a single layer of hexagonal cells that are densely packed with granules of melanin that absorbs the light energy that arrive to the retina. Is involved in the phagocytosis of the outer segment of photoreceptor cells and it is also involved in a process is known as the visual cycle of retinal (Vitamin A cycle) where it isomerizes all trans retinol to 11-cis retinal. The retinal pigment eptihelium also serves as the limiting transport factor that maintains the retinal environment by supplying small molecules while remaining a tight barrier to choroidal blood borne substances. The RPE transports ions, water, and metabolic end products from the subretinal space to the blood. The RPE takes up nutrients such as glucose, retinol, and fatty acids from the blood and delivers these nutrients to photoreceptors. In addition, the RPE is able to secrete a variety of growth factors helping to maintain the structural integrity of choriocapillaris endothelium and photoreceptors. 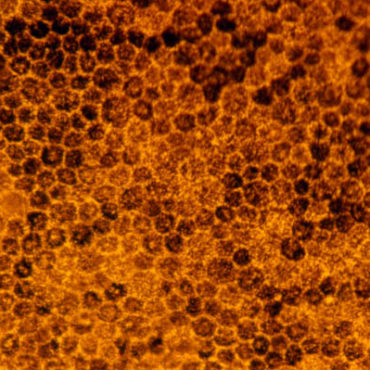 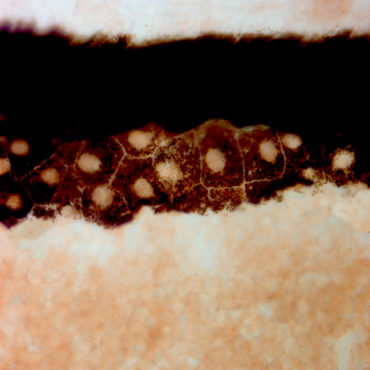 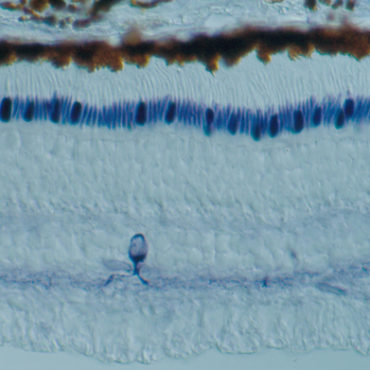 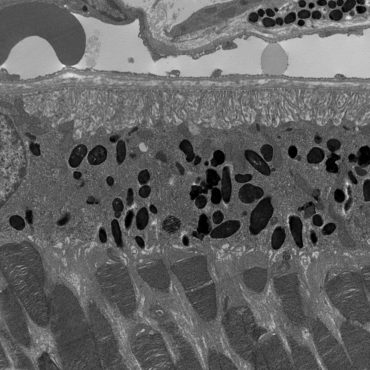